The project, funded by the EU-IPA Programme, aimed at undertaking an in-depth analysis of the geothermal resources and to exploring the potential for increasing the share of combined heat and power (CHP) in the Republic of Serbia. 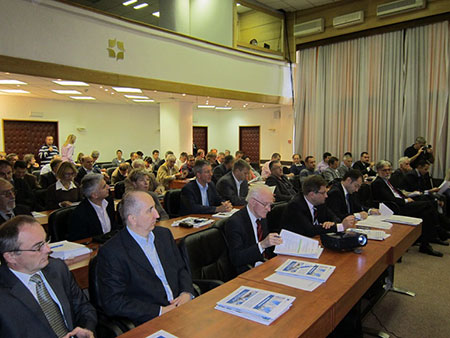 A consortium led by EPTISA, in association with Mannvit and Energy Saving Group, has recently finalised all the activities under the EU-funded project “Promotion of Renewable Energy Sources and Energy Efficiency”.

This technical assistance project, which was conducted on behalf of the former Ministry of Infrastructure and Energy (now Ministry for Energy, Development and Environmental Protection), aimed at undertaking an in-depth analysis of the geothermal resources and to exploring the potential for increasing the share CHP in the Republic of Serbia.

In close cooperation with the Ministry, the expert team selected the three most favourable sites in terms of potential and conducted prefeasibility studies for geothermal energy utilisation within different industries and district heating systems in Bogatic, Mataruska Spa, and Vrbas.

Additionally, significant efforts were made to analyse the possibilities for conversion of heat-only plants into CHP production, as well as for the construction of new CHP plants in order to increase the level of energy efficiency and to improve the security of supply across the country. As a result, three prefeasibility studies for the pre-selected CHP sites, in Pancevo, Krusevac, and Ruma, were conducted using the most appropriate commercial technologies applicable to the situation.

Finally, the team formulated an action plan aimed at boosting the geothermal and CHP utilisation in Serbia. This action plan took into consideration the existing policies and set measures and initiatives for overcoming all the identified barriers.

A wrap-up event was held on October 8th at the Serbian Chamber of Commerce, where the team of experts led by EPTISA presented the final conclusions and outputs of the project. The conference gathered participants from a broad range of disciplines, mainly representatives of municipalities, district heating companies, faculties and scientific bodies, NGOs, and also IFIs and potential investors.

We warmly thank all the people and institutions who have contributed to the successful conclusion of the project. The consortium partners will continue supporting energy efficiency practices and the development of renewable energy technologies in the country and beyond.