A Consortium composed by EPTISA and IRD Engineering has recently been awarded a 3.5 million Euro contract for the supervision of works for the upgrade of 1,500 km of local and secondary roads in Albania. 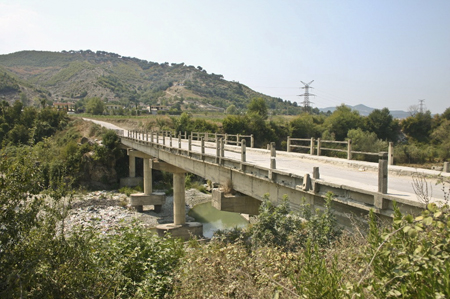 In order to alleviate this situation, in 2006 the Government of Albania established a Task Force, headed by the Minister of Public Works, Transport and Telecommunications, to act as a steering committee for the Secondary and Local Roads Project, a programme aimed at upgrading a significant portion of the road network and at improving the management and financing of road infrastructure.

This Secondary and Local Roads Project is co-financed by the EBRD, EIB and KfW through a Financial Cooperation Loan that seeks to improve the local infrastructure, to increase the access to essential services and markets, especially in the rural areas, and ultimately to contribute to poverty alleviation and economic development. Within this programme, a Joint Venture composed by EPTISA and IRD Engineering has recently been awarded a 3.5 million Euro contract for the supervision of works for the upgrade of 1,500 km of local and secondary roads.

For the next three years, a strategically composed team of local and international engineers will be responsible for the supervision of all the contracted civil works, including monitoring, inspection, and reporting supervision activities with direct support to the Albanian Development Fund (ADF), the implementer of all the project components.

EPTISA is currently managing two other projects in Albania, contributing to the enhancement of the transport and environmental infrastructure in the country. Of particular relevance is the project “Technical Assistance to the Projects Implementation Team at the Albanian Road Authority” financed by the Western Balkans Investment Framework and coordinated by the EIB, which allows EPTISA to work in close association with the Ministry of Public Works and Transport for an efficient implementation of the National Transport Plan. The second assignment is the ongoing EU-funded project “Construction Supervision of the Sewerage Systems in Velipoja and Shkodra”.

For more information about this project or about EPTISA’s activities in Albania, please contact EPTISA Regional Office for Southeast Europe at eptisasee@eptisa.com