The rehabilitation of 30 km of the railway line between Kumanovo and Beljakovce will be the first works contract in the development of the Trans-European Railway Corridor VIII in the territory of Macedonia. The works, that will commence in February 2014 and will be financed by the European Bank for Reconstruction and Development (EBRD) through a loan of almost 50 million Euro, will be supervised by EPTISA.

The Trans-European Corridor VIII is the infrastructure axis connecting the Adriatic with the Black Sea, through Italy, Albania, Macedonia, and Bulgaria. It spans over the South-eastern European area, where rail infrastructure is rather weak and some crucial links are still missing, while the existing ones are patently insufficient. 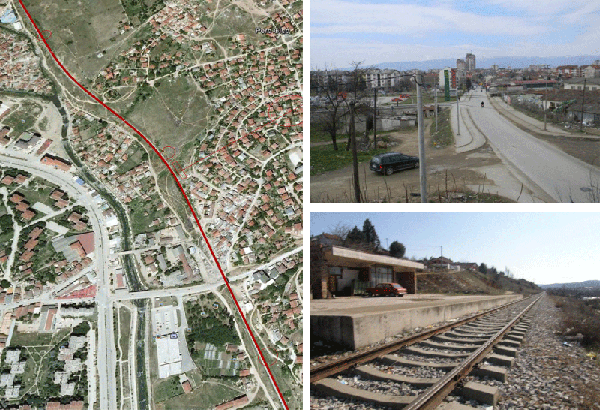 In the Republic of Macedonia, the Trans-European Corridor VIII is 313 km-long, of which only 154 km are built. The construction of the missing parts, from Kumanovo to the Bulgarian border (eastern part) and from Kicevo to the Albanian border (western part), is supported by the Government’s national transport strategy, where it is set as the biggest priority for the coming decade in the field of transport infrastructure.

The process for obtaining the necessary investment funds for the rehabilitation works and for the construction of the missing parts was initiated by the Ministry of Transport and Communications five years ago by approaching the EBRD, the European Investment Bank (EIB) and the EU. At that stage a consortium led by EPTISA successfully developed the Feasibility Study and the Environmental and Social Impact Assessment for certain sections. This study opened the doors to a loan from EBRD and facilitated the outset of the reconstruction of this crucial railway infrastructure.

Thanks to the recently awarded contract, and for the next 42 months, EPTISA will act as the Engineer in accordance with FIDIC Conditions of Contract during the reconstruction of the 30 km-long railway line between the towns of Kumanovo and Beljakovce. EPTISA will also perform monitoring and reporting activities in accordance with the Loan Agreement. The assignment has a value of almost 2.7 million Euro and is financed by the EBRD.

The civil works that will be supervised by a team of engineers from EPTISA comprise earth works of 130,000 m³, rail replacement and re-ballasting for 21 km, new tracks including ballasting for 9.9 km, 9 platforms, 3 passenger buildings, 4 ancillary buildings, 3 water treatment plants, 31.2 km of signalling and telecommunications, and approximately 45 structures (bridges, over/underpasses, galleries, culverts, retaining walls, and others).

EPTISA has been working in Macedonia since 2005. Up to date, the company has implemented six projects, mainly in the fields of environmental management and infrastructure. Fully aware of the efforts being made by Macedonia in its path to become an EU Member State, and motivated by the need of being closer to the client, in May 2013 EPTISA inaugurated its new premises in Skopje. The new office counts on a team of project managers and other professionals that provide project management and backstopping support for several projects under implementation.