The renovation of the 17 kilometers-long railway line between Bitola and Kremenica will be supervised by engineers from EPTISA in accordance with FIDIC Conditions of Contract. The works will start in early 2015 and will last for 38 months. 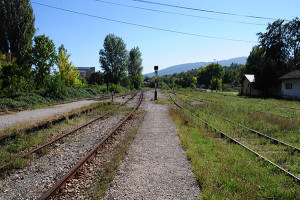 EPTISA has recently been awarded a new contract in the Republic of Macedonia: “Supervision for Renewal with Reconstruction of the Railway Section Bitola–Kremenica, as part of Xd of Corridor X”. This new project is located in the southern part of the Republic of Macedonia, more specifically between the municipalities of Bitola and Kremenica, near the border with Greece.

The complete rehabilitation of the railway links along Corridor X will result in a substantial increase in the national railway capacity, leading to a better cohesion with the EU Member States and other neighbouring countries. It will also facilitate a sustainable economic development of the transit areas, minimizing the adverse effects of road transport in the environment and improving the overall transport safety standards.

During the reconstruction of the 17 km-long railway line, EPTISA will act as the Engineer in accordance with Red Book FIDIC Conditions of Contract. The assignment has a budget of 900,000 Euro and is financed under Component III of the IPA programme. 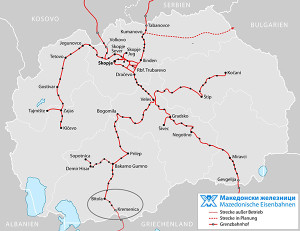 The civil works, which will extend during the next 38 months and that will be supervised by a team of engineers from EPTISA Macedonia and EPTISA Romania, comprise:

EPTISA has been working in Macedonia since 2005. Up to date, the company has implemented several IFI-funded projects mainly in the fields of environmental management and infrastructure. In parallel to this new assignment, EPTISA is already providing supervision services for the rehabilitation of the Railway Corridor VIII, also in Macedonia.

In May 2013 EPTISA established a branch office and obtained the necessary licences to provide engineering services in the country. The office counts on full-time engineers and project managers to closely follow-up all the running projects, enabling a very quick and effective communication with all the project counterparts.