On 3 and 4 November, the Minister of Industry, Trade and Tourism of Spain, Ms. Reyes Maroto travelled on an official trip to Serbia and on this occasion, the Spanish Chamber of Commerce, together with the Secretary of State for Trade through ICEX Spain Export and Investment, and the Spanish Confederation of Business Organisations (CEOE), in collaboration with the Serbian Chamber of Commerce, organised an interesting Business Meeting.

This meeting was an excellent opportunity for Spanish companies to learn first-hand about the current situation in the country, its priorities and the opportunities for strengthening Spanish business cooperation.

Luis Villarroya, President of Eptisa and Andreja Todosijevic, Regional Director for Southeaster Europe , have actively participated in this meeting and have been able to verify, on multiple occasions, how Eptisa is considered a reference in the area, due to its technical capacity, its team, the way it manages its contracts and its relationship with customers.

The Business Meeting was attended by figures of the highest level. In addition to Reyes Maroto, Minister of Industry, Trade and Tourism of the Government of Spain, the presence of Aleksandar Vučić, President of the Republic of Serbia, Ana Brnabić, Prime Minister of Serbia, Goran Vesić, Minister of Construction, Transport and Infrastructure, Dubravka Đedović, Minister of Mines and Energy, Tomislav Momirović, Minister of Foreign Trade and Interior of the Government of Serbia, stood out.
As well as Marta Blanco, President, CEOE International, Raúl Bartolome, Ambassador of Spain in Serbia, Inmaculada Riera, Director General, Spanish Chamber of Commerce, Jaime Montalvo, International Director, Spanish Chamber of Commerce. 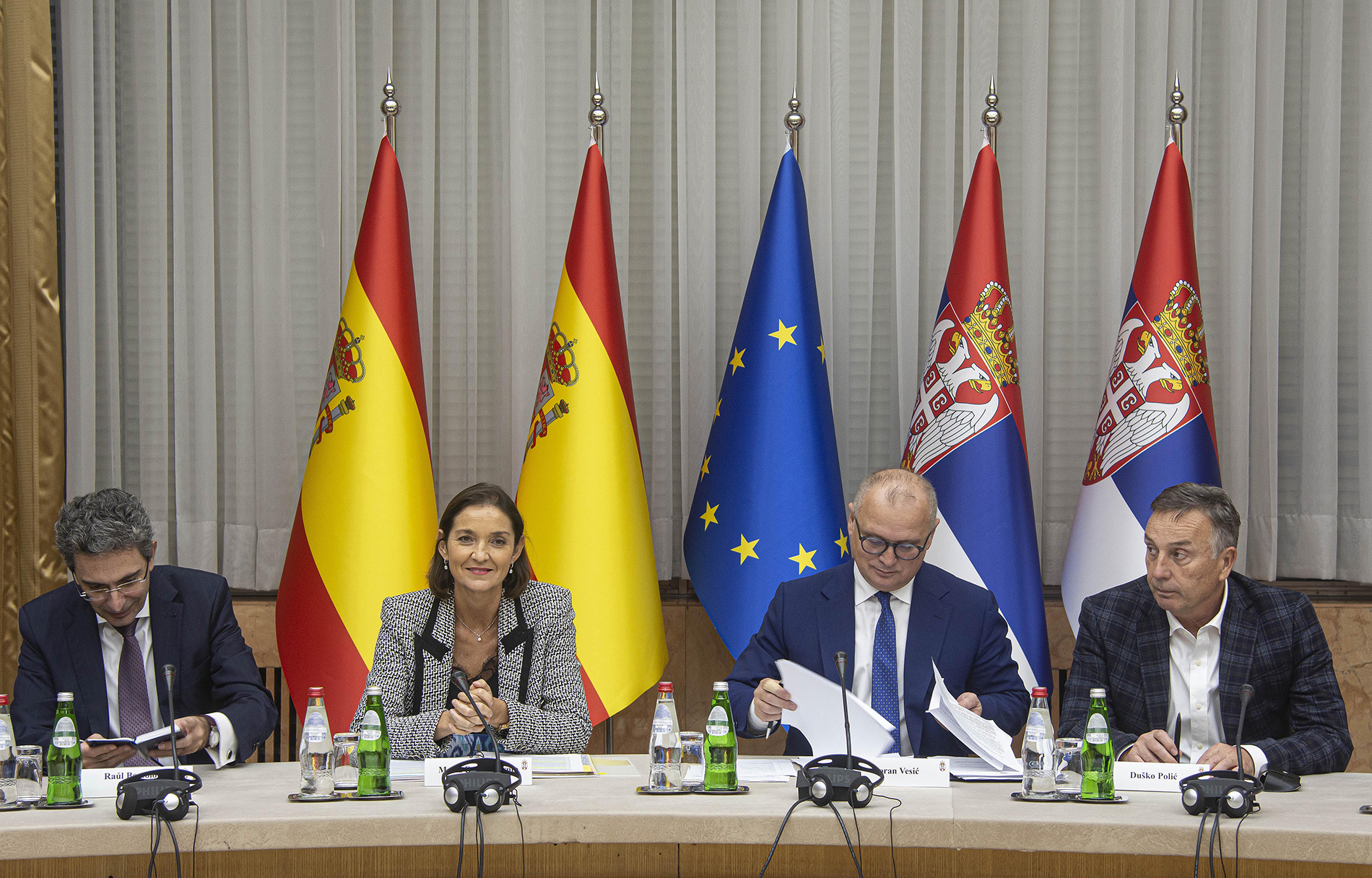 This Spain-Serbia Meeting has served us not only to further strengthen our relations with the Public Administrations of both countries, the European Union and clients, but also to confirm once again Eptisa’s excellent reputation in Europe.