National Public Awareness Campaign “Put it on Your Wall!”

This year, as celebration of December 3 – International Day of Persons with Disabilities, the EU-funded project “Support to the modernization and deinstitutionalization of social services in North Macedonia” implemented by EPTISA in consortium with CARE, which supports the establishment of community social services and the implementation of the National Deinstitutionalization Strategy, organized the public awareness campaign “PUT IT ON YOUR WALL!”.

This year’s efforts were aimed at raising public awareness about the so-called “invisible” disabilities. According to the American Association of Invisible Disabilities, we can simply put that invisible disability is a physical, mental, or cognitive condition that is not visible from the outside but can still restrict a person’s movements, senses, or activities. Unfortunately, the very fact that these symptoms are invisible can lead to misunderstandings, misconceptions and judgments from the environment.

The project teamed up with the artist and graphic designer Zoran Kardula, who created wonderful designs depicting several states of invisible disability (dyslexia, autism, bipolar disorder, Down syndrome, diabetes in children, deafness). These designs are available for download, to use them in electronic form or print them yourself. 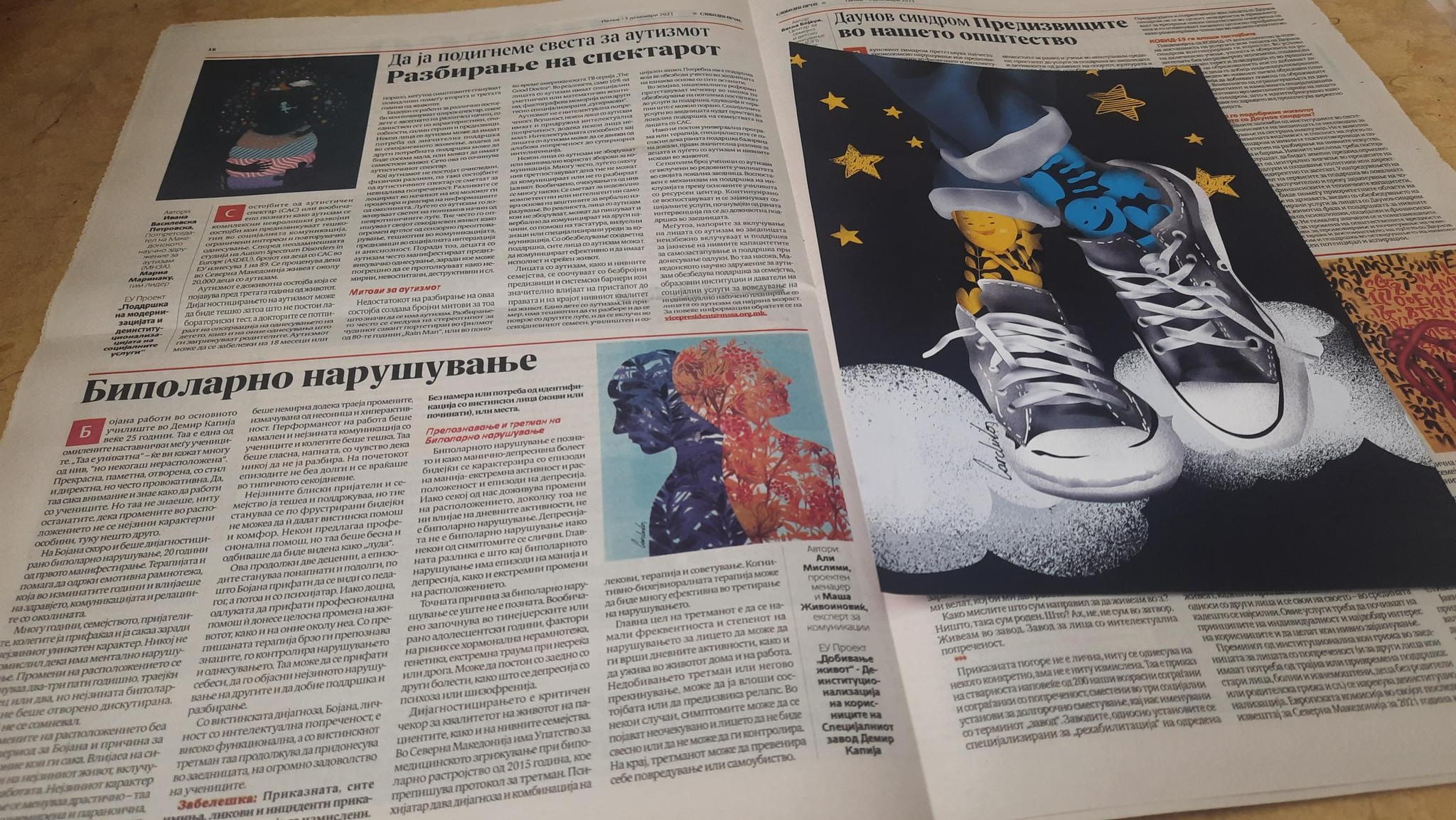 These designs were also reproduced as small posters with messages related to the different type of portrayed disability, inserted as printouts in the national newspaper “Sloboden pechat” and distributed around the country with the printed edition of the newspaper from 3rd December 2021. Over 7,000 copies were distributed and this edition of the newspaper also included 4 articles that were part of the national campaign for raising public awareness of “invisible” disabilities.

On the eve of the International Day of Persons with Disabilities the project in cooperation with the EU Delegation and the Europe House in Skopje also organised a public discussion with activists and journalists concerning the role of the media in combatting discrimination, stereotypes and stigmatisation. 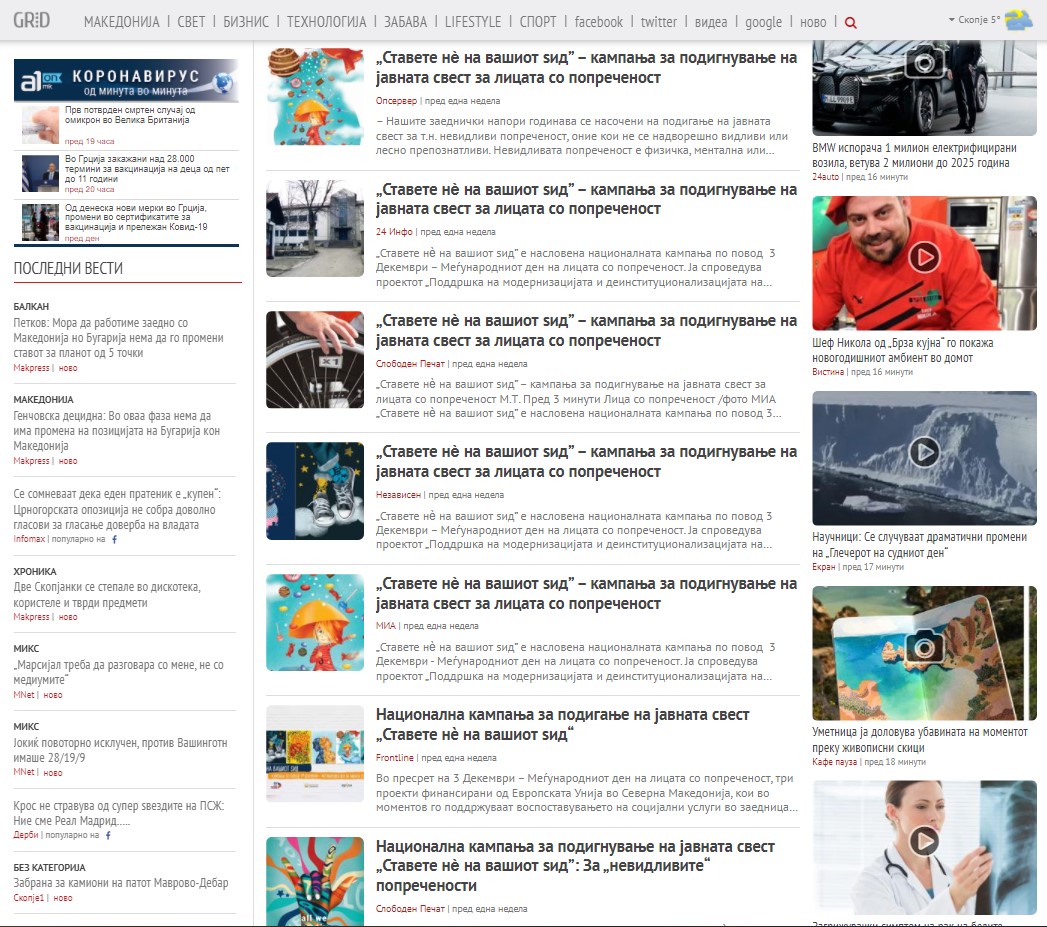 The campaign is not stopping here, as there will be fundraising activities that will be realised in the coming weeks by selling seasons’ holidays cards to companies, embassies, international organisations, as well other interested parties and the public. All proceeds gathered from the sales will be directed towards the small group homes that have been opened throughout the country in the past period.

People living with invisible disabilities often face barriers in their daily lives, including a lack of understanding and negative attitudes. They are also one of the most affected groups by the COVID-19 pandemic.

Let this campaign be a reminder that we all have the opportunity through our actions to make this world more inclusive! ”